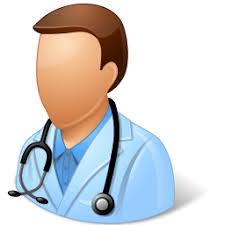 Wilson is a registered clinical psychologist and a member of the College of Clinical Psychologists of the Australian Psychology Society. Wilson has worked in the Government Mental Health Service for 26 years, including Acute Care Service, Community Mental Health and Early Psychosis Intervention Service. At the same time, he was contracted by Government Transcultural Mental Health for almost ten years. Wilson currently holds a Bachelor of Arts (Honours) with a Masters in Psychology and Health Law, and is an honorary associate of the University of Sydney, Macquarie University and Western Sydney University.

Wilson is a member of the Brain Dynamic Centre of Westmead Hospital which specialises in neuropsychological research in psychosis. He was recognised as an expert in Psychosis by the World Health Organisation, being invited to take part in reviewing the ICD of psychosis in 2014. Alongside his twenty-six years of clinical experience in mental health public service, Wilson also has experience in part-time private work since 2003 in practices across Canterbury, Campsie and Eastwood.

He speaks English, Mandarin and Cantonese.